Blender is 3D Software that is used to produce animations, visual effects and 3D models for interactive applications and games.

The difference between Blender, Maya and 3ds Max is that the software is free which is ideal for students or any hobbylists such as myself.
In order to familiarise myself with the interface in blender, I decided to create a simple experiment with fluids. 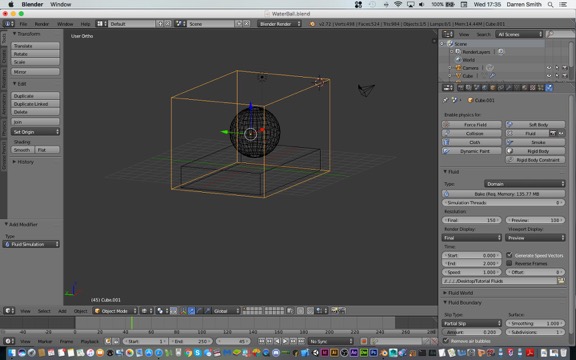 Figure 1: Object and Container set up for the fluid 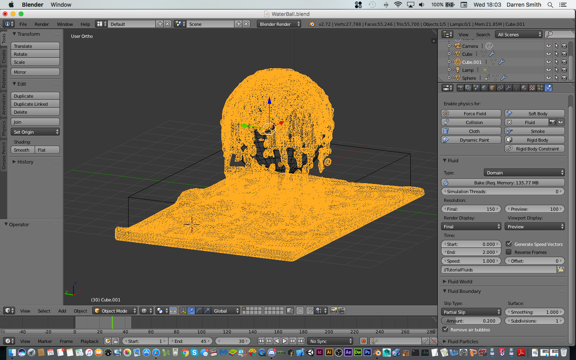 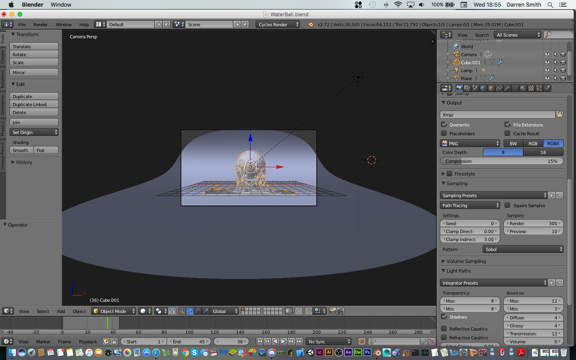 Figure 3: Setting up the camera shooting the fluid on the ball. 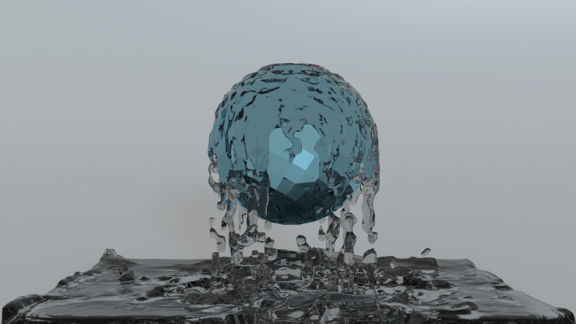 Figure 4: Final Render of the Fluid

Experiment with the lightning / baking options in Blender so the object can be taken into Sketchfab for viewing purposes.