To do this firstly a third person controller and script is attached to the Player game object. This will allow the object (which is the player game object in this case) to be control using the keyboard controls. Below is an example of the script. 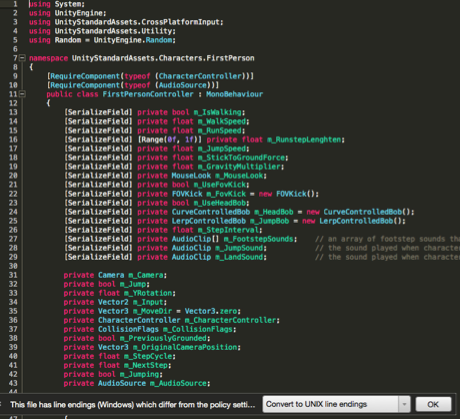 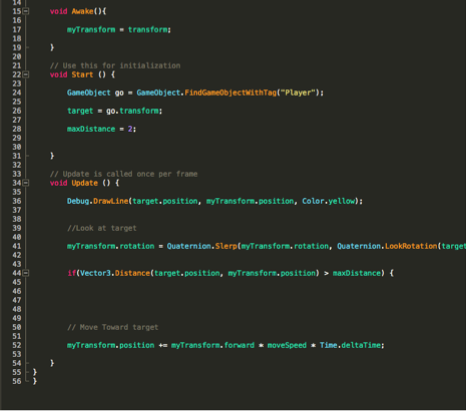 Once the script is created the next step is to implement the player attack script. This will allow the player to able to attack the enemy. Down the line it will be developed into a more complex structure such as selecting which enemies to attack and maybe potential interacting with objects. Below is the script. 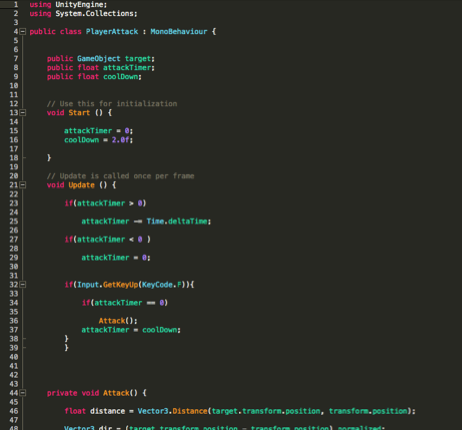